The City of East Detroit was founded January 7, 1929 under the Home Rule City Act by a vote of the residents of East Detroit. Before becoming East Detroit, we were the Village of Halfway, Erin Township and Orange Township. In 1992, the voters changed the name of East Detroit to Eastpointe. The City's Charter and Code of Ordinances can be found here.

The Southeast Michigan Coalition of Governments (SEMCOG) provides data, gathered from many sources, to the communities in its jurisdiction. The 2010 Census shows 32,442 residents in 13,796 housing units, making the average household size 2.58 persons (9.0% vacancy).

The City Council meets regularly on the first and third Tuesday of each month at 7pm at City Hall, and is rescheduled periodically for training or other reasons. All meetings are open to the public, and each resident has three minutes to speak at each of the two public hearings of which one is at the beginning of the meeting and one is at the end. Closed Sessions can occur during an open meeting, but only for very specific purposes, which can be found in the Open Meetings Act Handbook.

Open Monday-Thursday from 8:00am to 4:30pm
Closed to the public on Fridays and Major Holidays 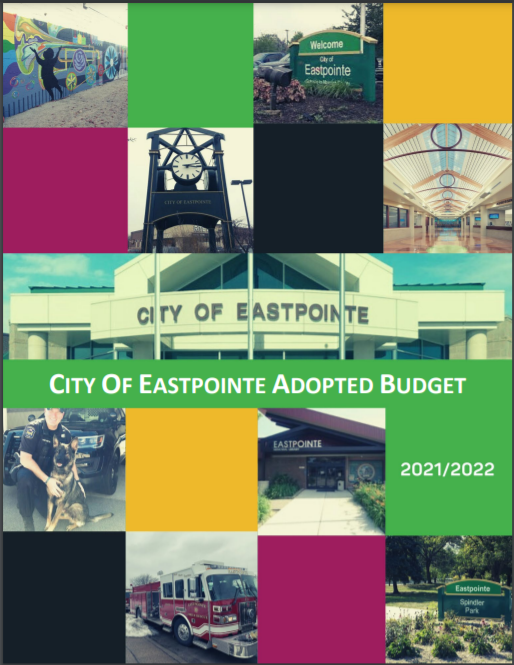 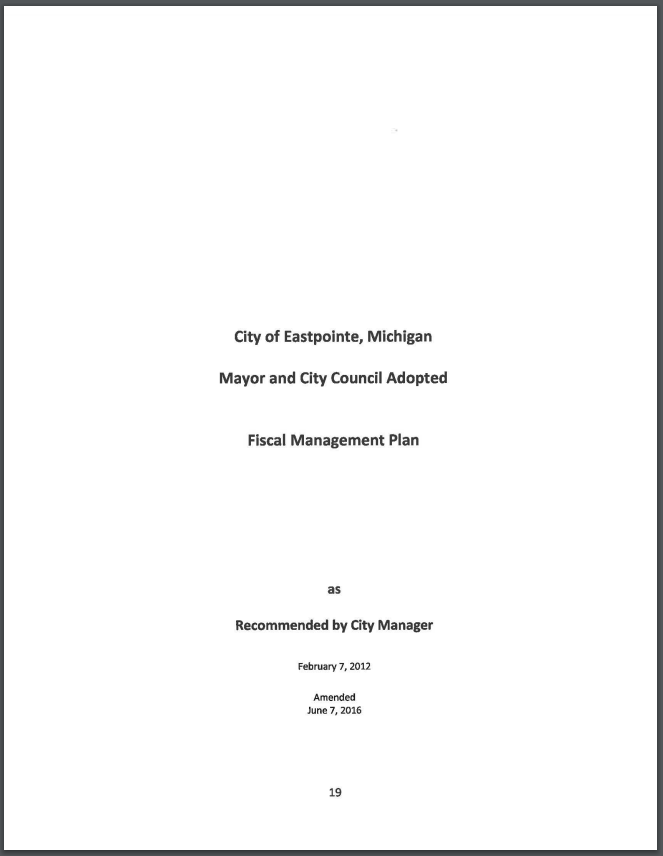 Please take a look at the City Council's Fiscal Management Plan for the City as a brief look at their budget priorities. Sections of the document include Fiscal Planning and Budgeting, Fund Balance, Expenditure Control, and Revenues and Collections. 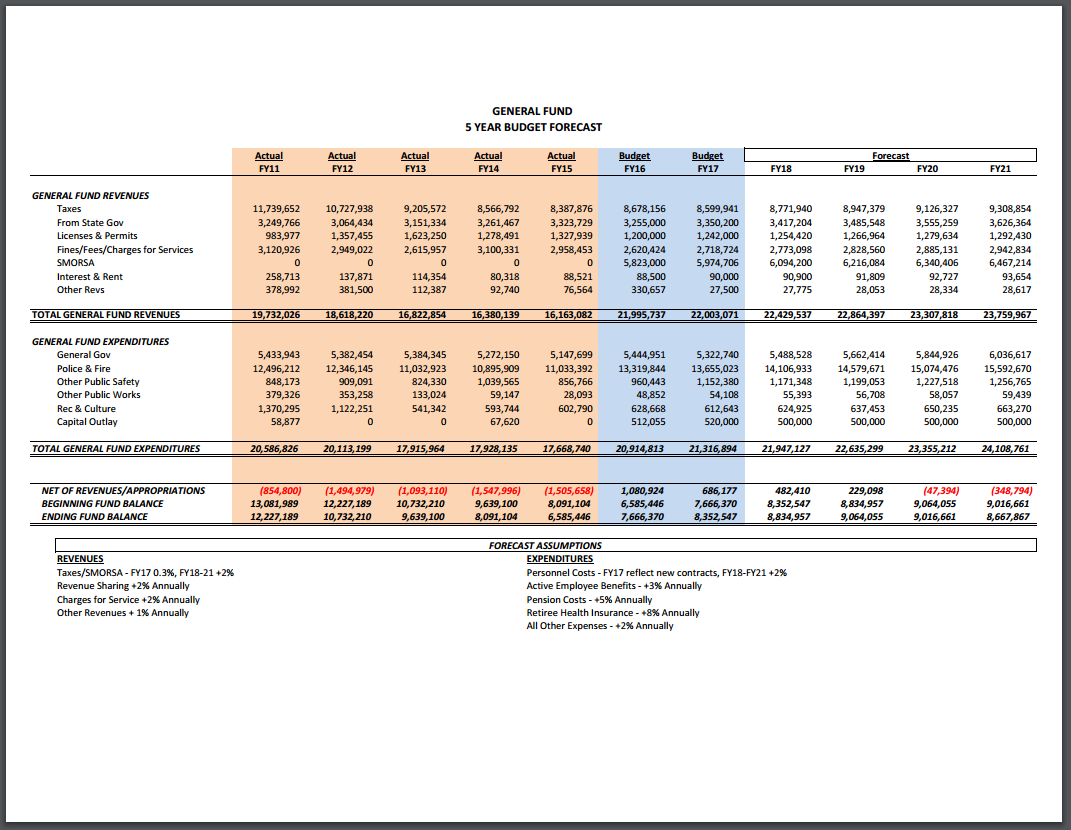 The City retains a Five-Year Budget Forecast as part of its budgeting process. The document helps the administration and City Council plan its long-term success and adapt years ahead of time instead of trying to fix any potential issues last-minute. 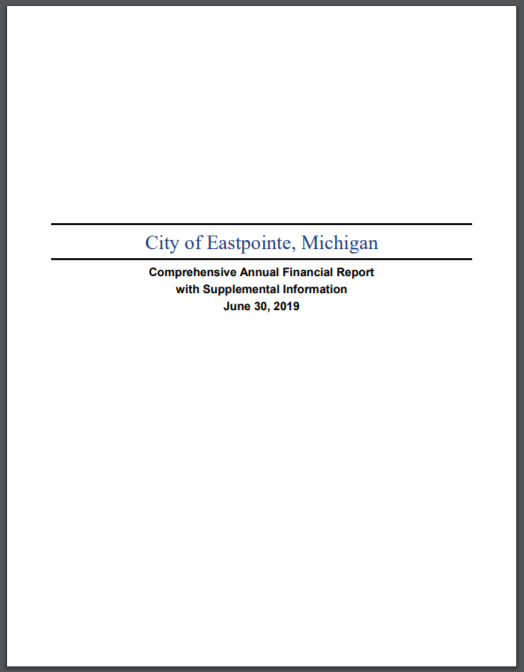 Please take a look at the Financial Report and Audit ending June 30, 2019. 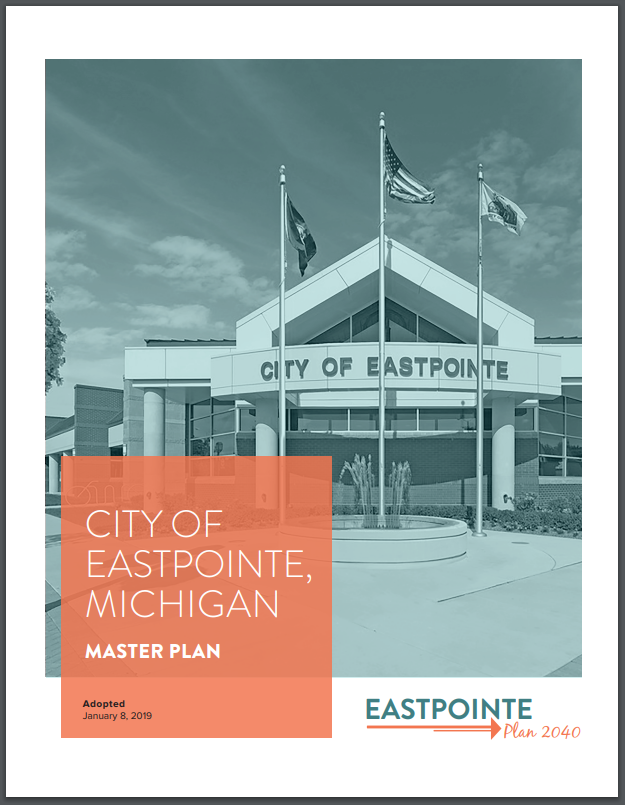 The planning and zoning plan for the City is contained here in the Master Plan. There were many reforms made by the Michigan Legislature in the Planning Enabling Act of 2008, and one reform is that the Master Plan is required to be reviewed every five years. Our review that began in 2015 has now been completed, and we have a new Master Plan as of January 8, 2019. 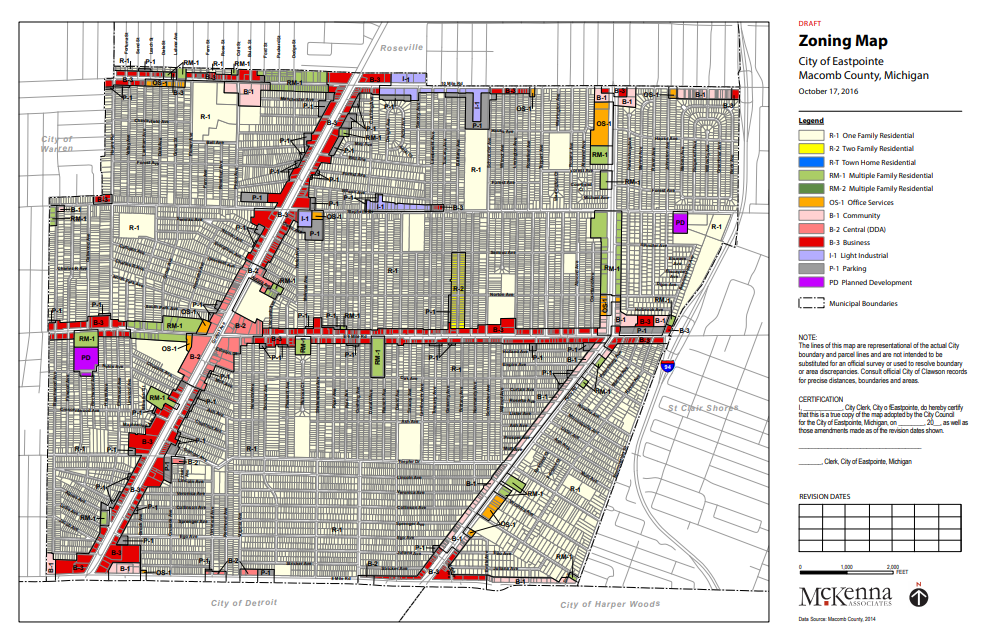 For a PDF version that can be zoomed in and zoomed out, of the City's zoning map, please click here. 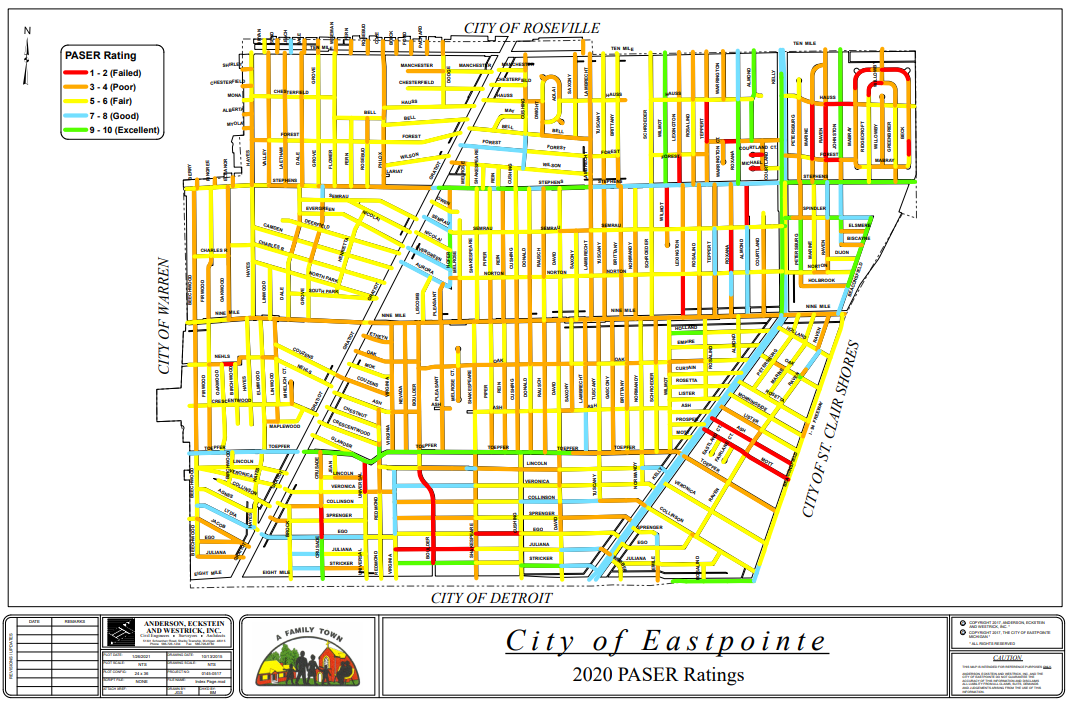 Roads are an important part of a community. Everyone wants to get around, and get around safely with nice roads. A PASER map helps us allocate resources appropriately.

The PDF map can be found here, and it can be zoomed in and zoomed out. 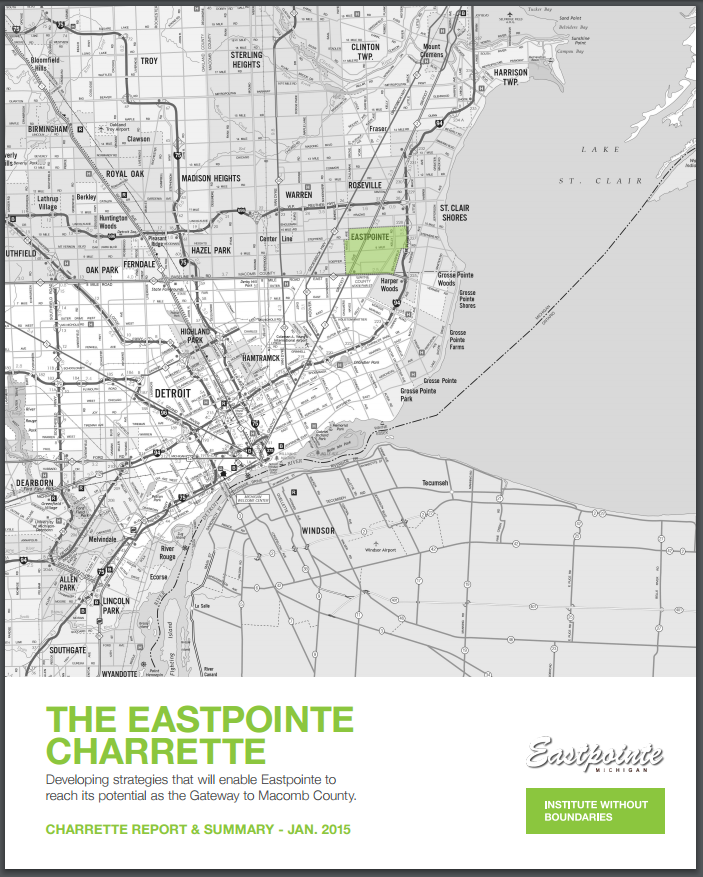 In October 2014, the City started a Charrette with the Institute Without Boundaries. A charrette is a meeting in which all stakeholders in a project attempt to resolve conflicts and map solutions. Please view the final document here. 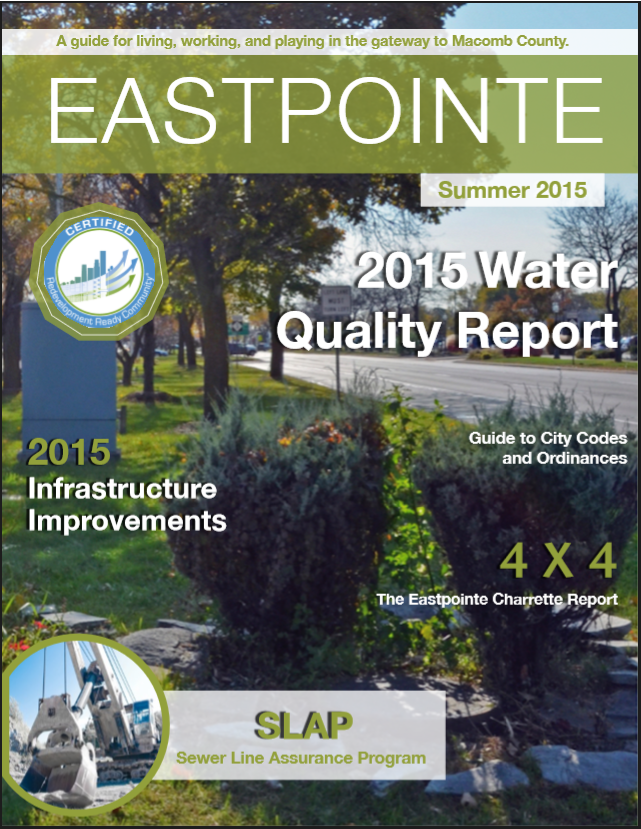 Water is the most important natural resource that we have as humans. We take very seriously the quality of our water in Eastpointe. We are now working with the Great Lakes Water Authority (instead of the Detroit Water and Sewer Department) to provide safe drinking water to Eastpointe residents. Our intention is to not make the same mistake that has been made in Flint. We are being proactive in protecting our water and diligent when considering changes in its distribution. Read our report here. The Report was mailed to every resident in our Eastpointe Magazine. Also, the new water and sewer rates for 2016 can be found here. 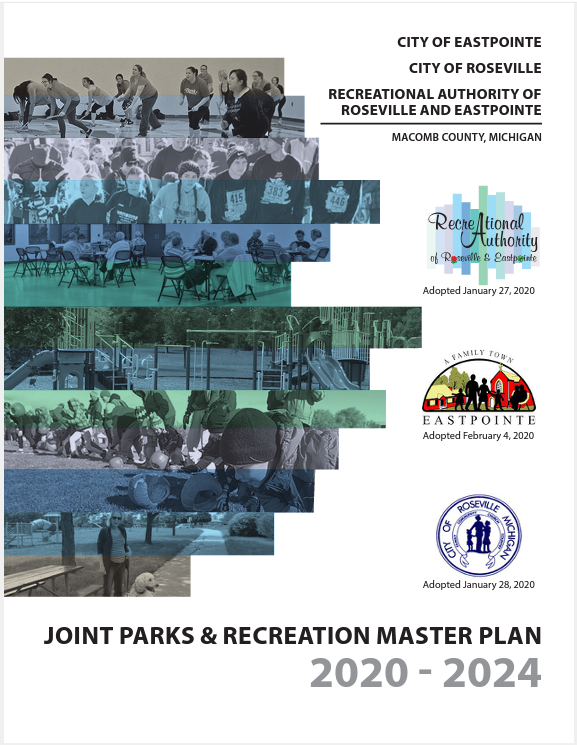 The Parks and Recreation departments of Eastpointe and Roseville combined to create the Recreation Authority of Roseville and Eastpointe. The plan guiding this organization can be found here. It contains plans for our community parks, recreation activities, open spaces and greenways. 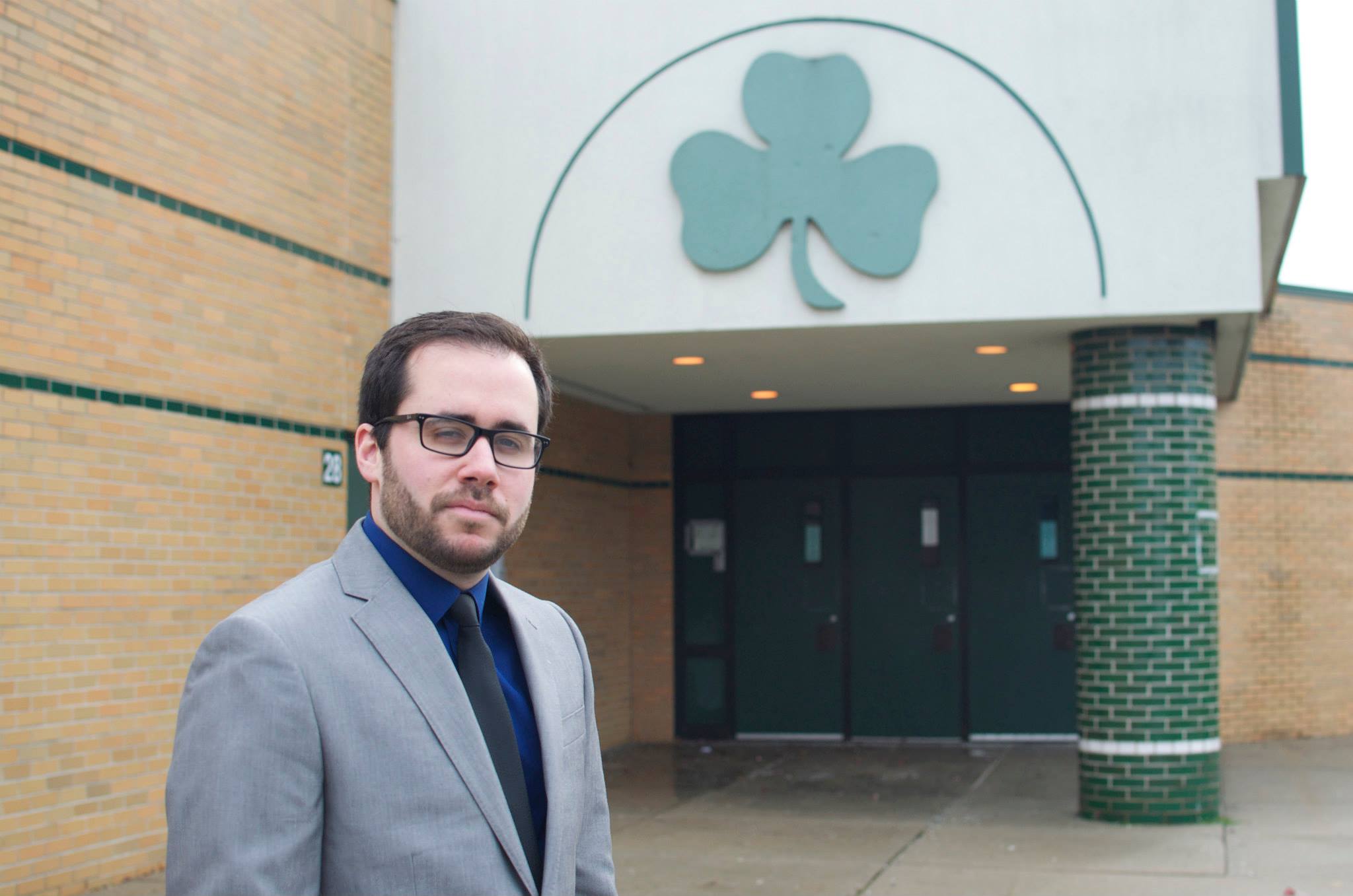 The Eastpointe-Roseville Chamber of Commerce, in conjunction with PACE, the police department, and the school district, began a program called Project Student Safe Zone. The goal of the project is to keep kids safe as they are walking to school. Participating businesses have stickers in their window alerting students that they are a safe haven if they feel like they are in danger. More details about the program can be found here, and the program was also highlighted in the local newspaper.