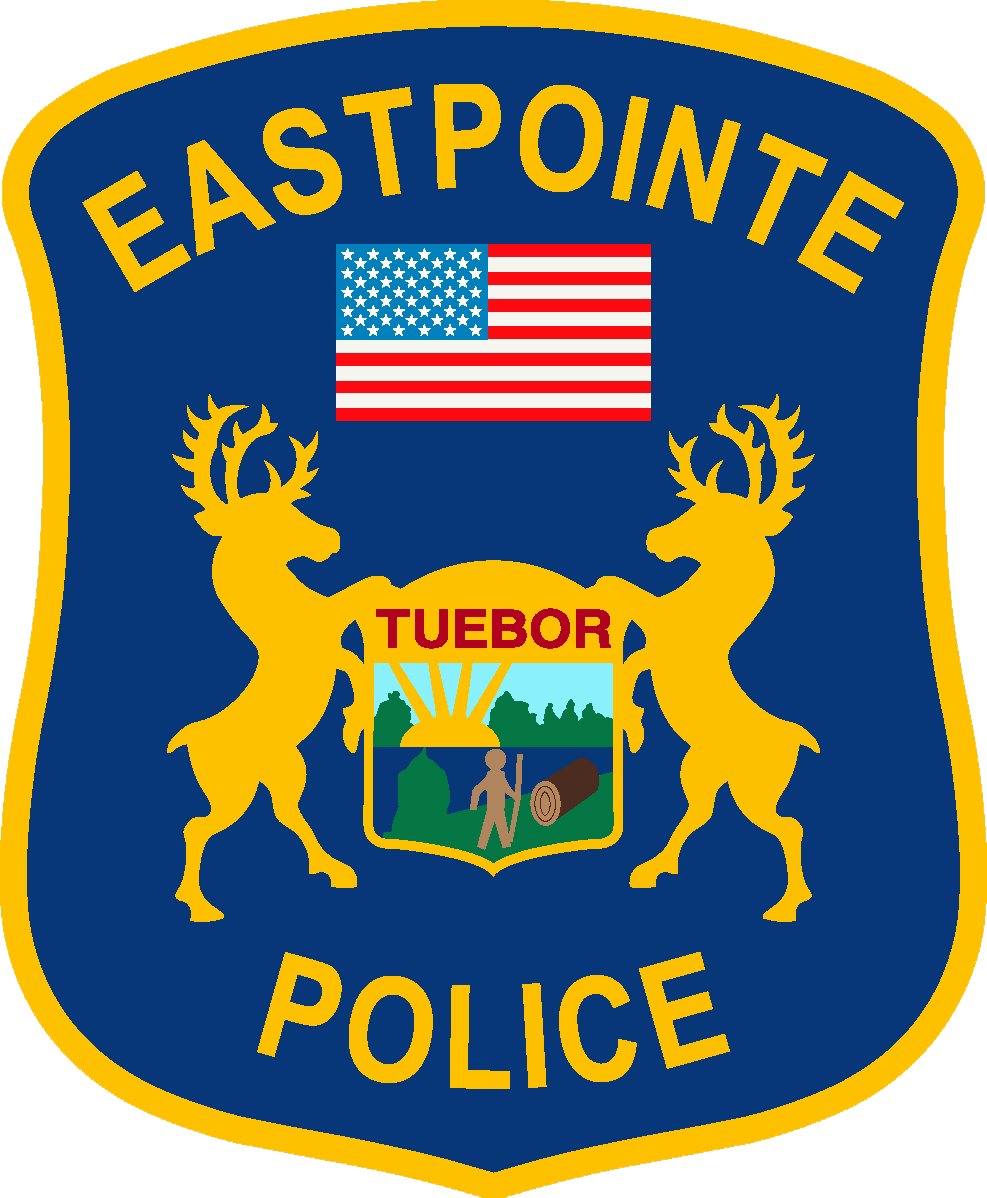 The police department is now equipped with body-worn cameras! I believe that this change will not only help with transparency with the City and police department, but also help to ensure more civil interaction of residents and our police officers. The Eastpointe Police Department employees are there to serve and protect the residents, and their authority is granted by the residents of Eastpointe. I am glad to see this positive stride in our police force. 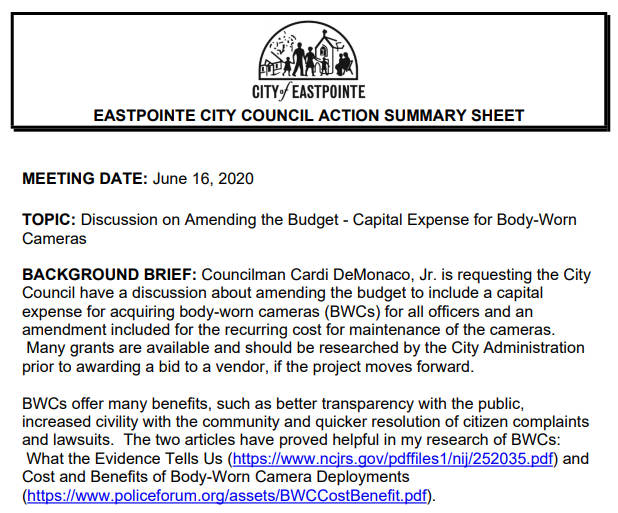 On June 6, a rally for police reform was held in Macomb County, attracting thousands of participants. Three young women, calling themselves AMA, hosted the rally. This rally inspired me to improve policing in our community. It seemed that the best foot forward at the time was body-worn cameras for our officers.

On June 16, I added a discussion to our agenda regarding body-worn cameras. And then on August 11, the City Council voted to move forward with a bid process for the cameras.

The Eastsider covered this initiative!

I am hoping that the cameras are adopted and implemented before the start of 2021! 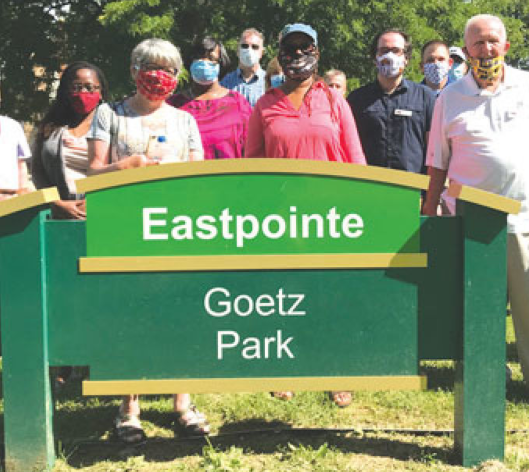 Goetz Park was recently only a field, with bags to pickup after your dog (and a sign too!). It now has a playscape for multiple ages of children, many nice benches, and an easier way to access it. The upgrades to this park were huge, and Goetz Park is now a park we can be proud of!

Many months before this point, I suggested to the City Council that we put an ad hoc committe together to suggest updates to our Ethics Ordinance. The ad hoc committee was formed, and residents Mike Klinefelt, Gary Lippard, and Walter Martin volunteered their time. Councilman Rob Baker and I were also members of the committee. The committee had a handful of meetings, and then proposed an ordinance to the City Council.

The updated ordinance now includes additional ethical standards, and a board that can determin if the standards are violated. This ordinance update is a huge step forward with ensuring the government of Eastpointe keeps the public trust.