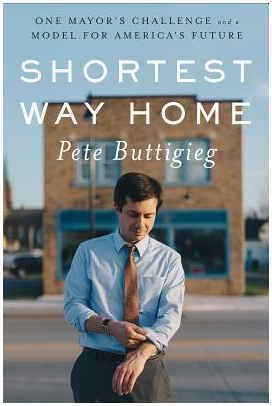 This book by Presidential candidate Pete Buttigieg reviews his time as Mayor of South Bend, Indiana, as well as his service in the United States Navy, among other topics. Many points are covered from gay rights to war strategy. At the beginning, Mayor Pete talks of how a major snow event, and how the City government handled the snow event, could make or break a City and/or Mayor's reputation. Mr. Buttigieg analyzes his race for State Treasurer, as he ran unsuccessfully for this position prior to running for Mayor or South Bend. While at points the author comes off as afraid to literally get his hands dirty, there are other times where he talks candidly about his time in the service and how he was lucky to make it back. I highly recommend this book for anyone interested in not only local politics, but also national & international politics.