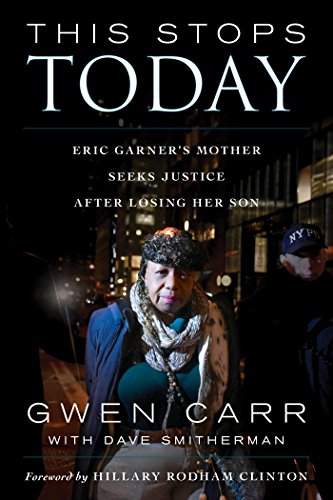 This book is far more than a story about Ms. Carr's son Eric Garner being killed at the hands of police. She goes into great detail about the tragic situation, but also covers many topics on how tragedies like hers can be prevented in the future. She recounts her steps as an activist. She believes the most effective way to improve police effectiveness is through training, but more in a way that encourages the public to trust their police force. Neighborhood watches, she believes, are an effective tool. We have recently started a Neighborhood Watch in Eastpointe. She reviews bills that had been introduced in Congress regarding policing policies. She talks about how we should appoint special prosecutors when folks are killed in police custody. She discusses the Civilian Complaint Review Board in New York City, the board that recommended the stiffest penalties to the officer that murdered her son, and nothing was done.

Anyone interested in social justice, or making policy that is more equitable, should read this book. Recently, I added body worn cameras to the City Council agenda, and suggested we amend the budget for their purchase and use. This will be considered at our next City Council meeting. I hope to suggest additional policies in the future that build more trust between the Eastpointe police department and Eastpointe residents.