United States of America US Department of Justice ranked-choice voting 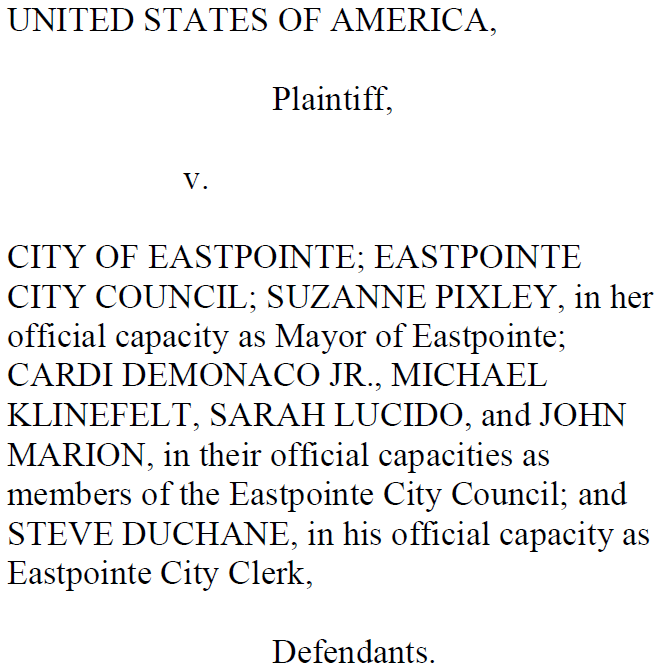 On November 18, 2016, The US Department of Justice sent a letter to the City of Eastpointe alleging that its at-large system of electing City Council violated the Votings Rights Act. Following this letter, the City held a rare Press Conference, sharing the details of the letter with the public, inviting residents, community leaders and the news media to take part. On January 10, 2017, the US Deparatment of Justice filed suit (4:17-cv-10079). Throughout this process, the City has been gatherings as many thoughts and opinions on the issue to come up with the best outcome that it can.