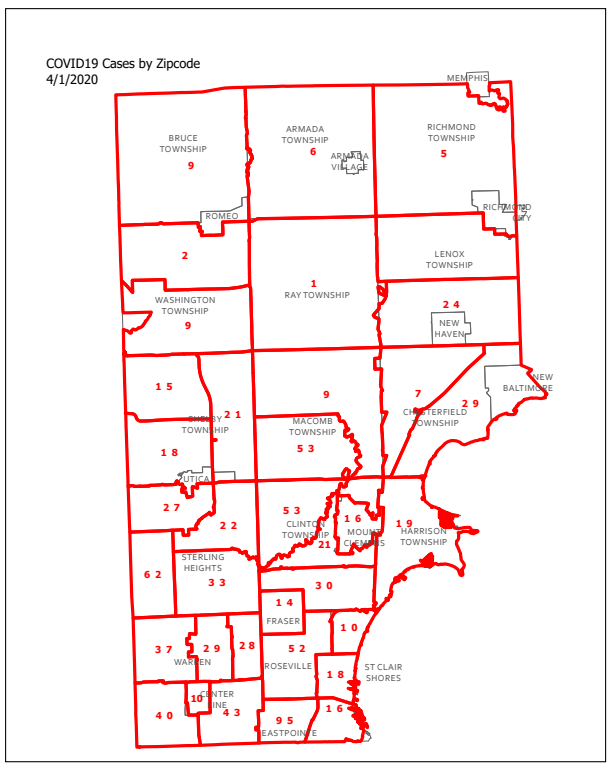 Transferring the data from the map into a community-by-community comparison creates the following table. The last two columns compare each community by cases according to population. 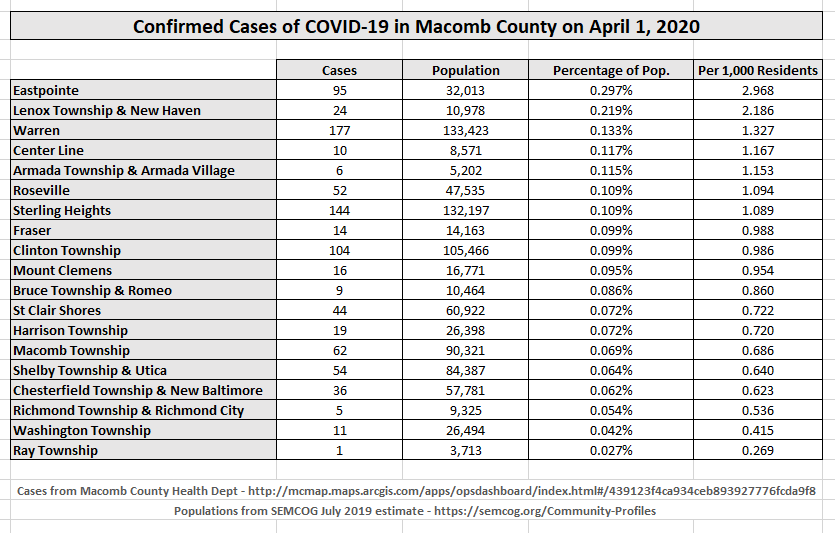 While Eastpointe has the highest rate of cases by population, it should be noted that Lenox Township / New Haven are next, and the Heat Map originally released by the Macomb County Executive's office does not indicate this: 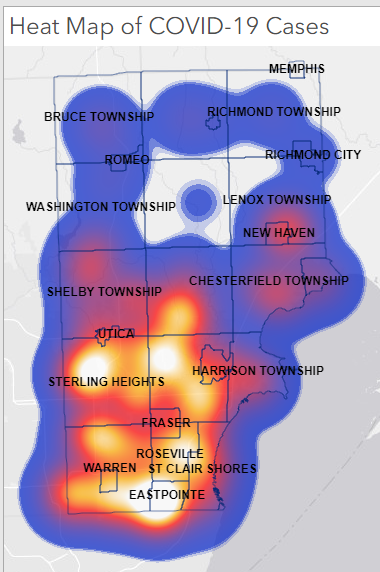 It was irresponsible of the County Executive office to release the above Heat Map only to the press, and not share with the individual municipalities first (or at least at the same time). Also, it is not a good representation of the data to use a Heat Map. And it was irresponsible of the Macomb Daily author to call Eastpointe the "hot spot" of Macomb County not knowing the actual numbers behind the Heat Map. Cities with denser populations will "heat up" faster than those not as dense, simply because of density, and not because of cases.