The City of Eastpointe elected a new Mayor, as Mayor Suzanne Pixley did not run for reelection. And the City also conducted its first ranked-choice election and elected two Councilmembers. Turnout was 19.7% this time, which is much higher than our last Mayoral election in 2015 when 11.7% of voters turned out, although still below average in the County. 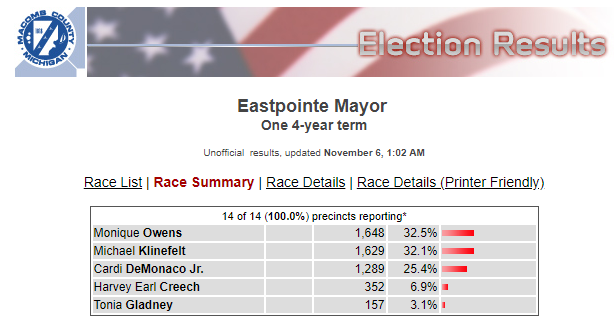 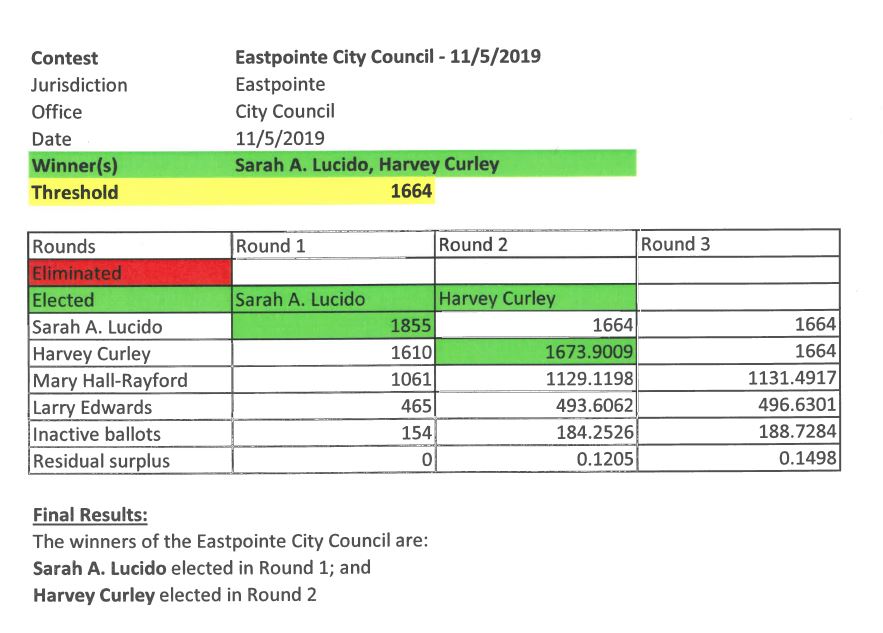 The City also had a Charter change on the ballot. I supported the Charter change, as we would have had a wider pool of qualified candidates to choose from when hiring a City Manager, but the people of Eastpointe voted against it.

Eastpointe Community Schools and South Lake Public Schools each had a Sinking Fund ballot proposal to vote on, and it passed in each District.