On November 3, 2020, there was a partial term City Council ranked-choice voting election. Rob Baker had been appointed to City Council, and this election was to fill the rest of the term that Rob Baker was appointed to. Sylvia Moore won the special election, and her term ends November 2021. 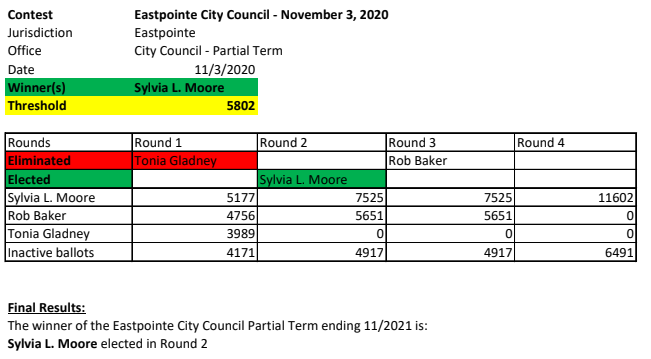 Four seats on the Eastpointe School Board were up for election, and there were three names on the ballot. Jon Gruenberg, Robet Roscoe, and Edward Williams were reelected, and Mary Hall-Rayford was elected via write-in candidacy. 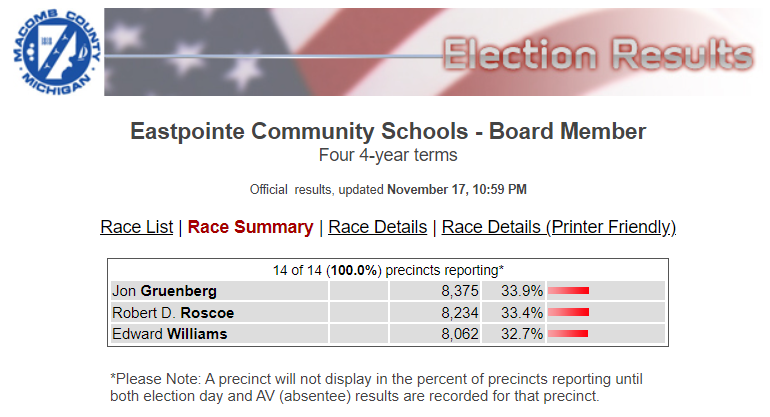 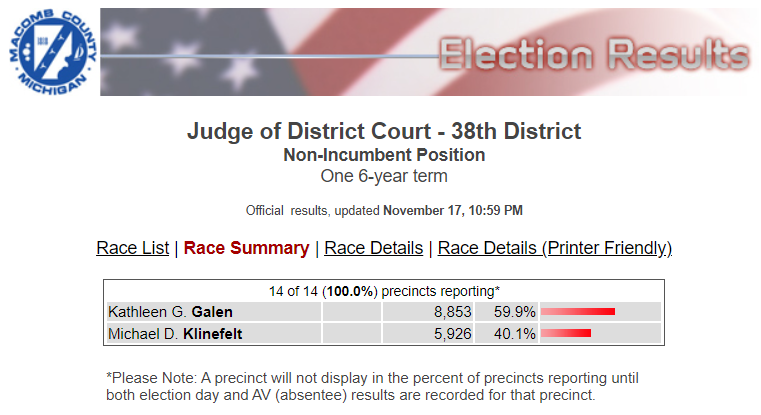 Our County Commissioner Veronica Klinefelt was up for releection, and she ran uncontested.