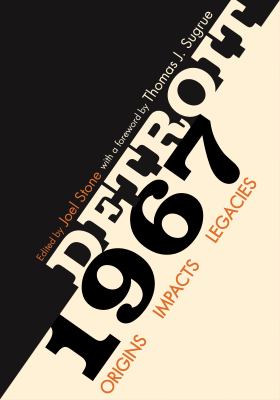 All of us who live in Metro Detroit know that there was a major event in the late sixties in the City of Detroit. This book reviews the events from many different perspectives. Throughout you can tell that even naming the event there is no consensus. Some folks want to call it a riot, some a revolution, and some an uprising (among others). After reading through most of the book so far, I believe it to be a combination of all. It started out more as a riot (one definition: "a violent disturbance of the peace by a crowd"), due to an onlooker at the blind pig throwing a glass bottle at a police officer. From there much violence ensued. But after that point, as most uprisings or revolutions came much good (remember that the Boston Tea Party was a destruction of the East India Company's tea). The bad relationship between the citizens of Detroit and its police department came to public light, and some issues were addressed. Of course, to this day, there is of course much work to do.