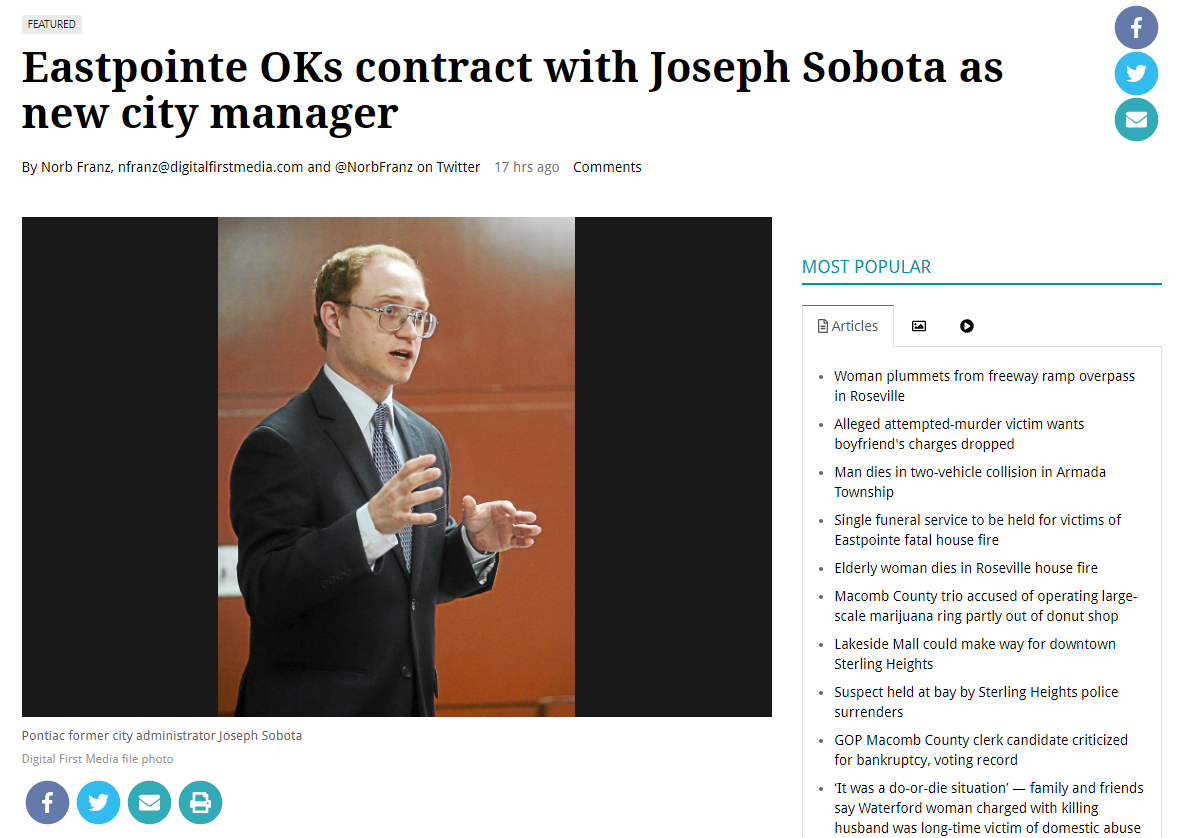 City Council voted 3-0 to approve Joseph Sobota's contract, after the Council previously voting 5-0 to extend an offer to him. His expected start date is Monday, October 15, and we look forward to working with him! The Macomb Daily wrote an article about our hire, and you can read it here.

Mary Van Haaren has previously suggested we paint murals throughout the City, especially on the masonry walls behind businesses. I have suggested we look at a contest through Eastpointe Community Schools to paint a warning by the storm drains that go to Lake St. Clair. In St. Clair Shores these drains are clearly marked so that the public is more aware and less likely to litter and pour unwanted liquids down the drain. Also, it would be neat to "wrap" transformers as has been done in downtown Detroit, or paint the garbage cans throughout the parks. A great cultural event that my fraternity Delta Sigma Phi hosted when I was an undergraduate was the Dance for Peace. We invited student organizations throughout the school to come and perform a dance, and also share their favorite cultural dishes.

In the end though it will be up to the Arts & Cultural Diversity Commission to think outside the box and suggest initiatives to the City Council! 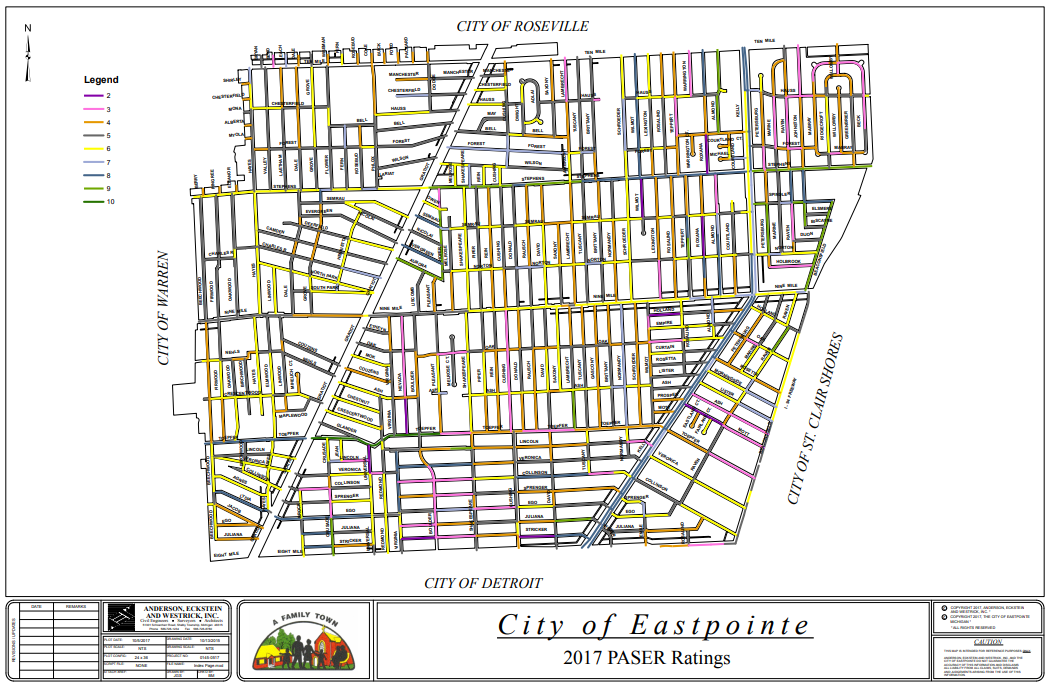 Our civil engineering firm AEW has recently completed a Pavement and Surface Evaluation Rating Assessment, and I would like to share the results with you.

To see a map of the ratings, click here.

To see a map of road types, click here.

Part of the Budget process each year is determining the rates that are seen on the water bill. The City has a July to June fiscal year, and typically the vote to approve the Budget and set the water bill rates is done at the second meeting in June. Having the vote at the last City Council meeting before the new year gives us the most amount of time to plan, estimate dollars coming into the City, and get everything into the Budget that we would like to see.

Last year, as usual, the City Administration (City Manager, Finance Director, etc.) proposed new rates for the water bill. Typically these rates increase by a few percent each year due to inflation or some increased costs with our water or sewer providers. These proposed rates were instead a 30%+ average increase to the typical resident's water bill. In many cases it was even higher, surpassing 36%, depending on the size of the Ready-to-Serve pipe and how many units of water were used that month. Obviously, this proposed increase immediately troubled me. Were we really under-charging for years (a suggestion from the Finance Director)? Was there some increase from the Great Lakes Water Authority (GLWA) or Southeast Macomb Sanitary District (SMSD) that I had not heard about? Well, I began investigating, and well, setting water and sewer rates is complicated.